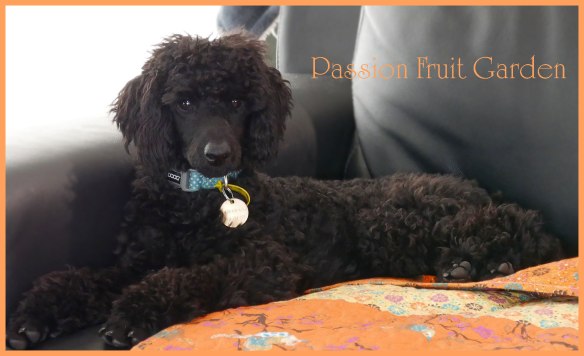 I have already introduced my two pups, Nigel and Sophie – what a whirlwind it has been since they arrived.

Both are exuberant, mad, wild, energetic, etc, but Nigel is on another level altogether.

I named him Nigel because I liked the name.  As I mentioned before, I have liked it ever since I came across Nigel Havers, an actor in Chariots of Fire.  I must admit, I have not come across many other Nigels – two, in fact – but I figured it was just not a common name in Australia.   I always thought it was a quintessential English name of the same calibre as Simon and … England was abound with Nigels.  The two I had come across were both English so there was logic to be found.  How wrong could I be?

I first realised something was amiss when we took Nigel and Sophie to the vet for their first round of injections.  When the receptionist heard his name was Nigel, she gasped, “No! Not Nigel no friends”.  I had no idea what she was talking about.  I figured she didn’t like the name.  Not all people have the same refined taste as me 🙂 .

But then I started doing some research.

According to Wikipedia, ” In Australian English, Nigel is a colloquial term for a male social misfit or a friendless person.”  Hooly dooly!!  I had no idea!  And it gets worse.  In England, in 2016, it was listed as one of the most unpopular boys names, along with Bertram, Cecil, Clarence and Cyril.  Double hooly dooly!!

Anyway, every cloud has a silver lining for, it appears, I was spot on with the choice of names.  You see, he is a male social misfit and friendless.  He does try to be friendly but, alas, he is one of those people (dogs) who tries just that little tooooo much. You know the ones I mean.

And mad… there must be a stronger word out there.  He has hit his head on the coffee table at least 1,000 times when jumping up onto the couch. He runs into everything, walls, chairs, sofas, you name it.  He only stops to compose himself after he has dazed himself.  He must have concussion by now.

The last time we took him to the vet, she asked me how he was.  I responded, “Alive.”  I think Maus and I deserve a reward for that.

When they arrived, the back of our house was already fenced as we previously had three lovely little dogs – Maggie, Lily and Jules – but, before long, a taller fence was required to keep Nigel in.  Maus ordered a 90cm fence but before the guy came to erect it, she rang him and changed it to 1.2m.  We have a vertical rock wall behind the garage that is nearly 2m high – he scaled that after the fence was erected (he was not going to be deterred) so we have had to build a fence behind that.  We now live in a virtual prison.  He can jump over anything, and does.

When we picked him up after being sterilised, the receptionist said to keep him quiet for 10-14 days.  I looked at her aghast – “You mean 10 minutes don’t you?’ That, in itself, would be a challenge.

I went to water aerobics that very evening and when I came home, Maus was all shaken and very frazzled-looking.  Nige had got out of the house and had been chasing Sophie – doing maddies and jumping over everything in his way.  There was no way Maus could catch him.  He did the same thing the next day.  I swear we tried our best but, by the end of the fourth day, we had totally given up.

One of Nigel’s favourite things to do is grab any bits of cloth he can and play tug of war with Sophie.  Tea towels, dish cloths, tea shirts, socks and bras are all fair game.  Because of this, we have been very careful to put such items out of his reach but, yesterday, things went to another level.

Again, I had gone to water aerobics (is there are theme happening here?) but this time, when I got home, Maus came out to greet me.  She looked strange.  “Are they all right?”, I asked.  “Yes”, she said, “but let me just give you a kiss”. Now that was very strange.  I have known Maus for over 40 years and the last time she came out to greet me with a kiss was probably 39 years ago 🙂 . “What is it? “, I asked.  All she could mutter was, “It’s your soap.”  That wasn’t too terrible was it?  Yep.

Earlier, I had made a batch of Berry Delight soap.  I had it on the craft table covered in towels because, when you make soap, you insulate it to keep it warm until the saponification process is complete.  Nigel obviously spotted the towels. 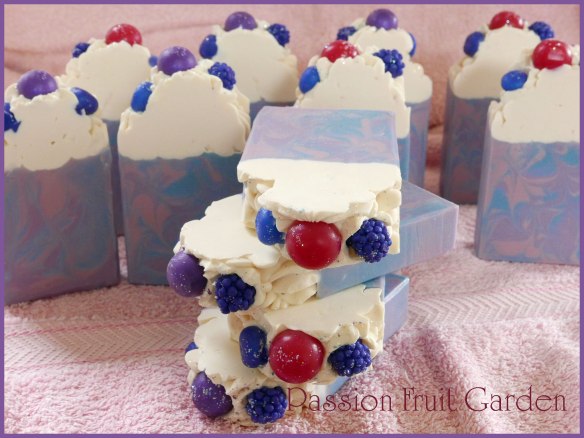 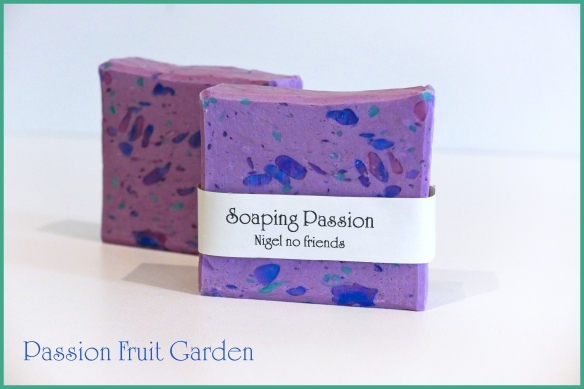 Luckily, the soap stayed in the mould but it was wrecked so I decided to rebatch it.  This is certainly going to be a one-off soap.  Hopefully it won’t have any friends – it is Nigel no friends.

22 thoughts on “Nigel no friends”