Hello, everyone.  We have been to Esperance.  We planned the trip with our friends, Gail and Deb, before we got the puppies.  Forever an optimist, I thought it would be lovely for us and the pups to go for walks along the beach, to frolic in the water and to run with gay abandon along the squeaky white sand.  What a naïve idiot I was.  Well, I got the squeaky white sand part right.  The pups ran amok with their friend, Henry, a miniature dachshund, but they had a great time.  And the good news is: both are still alive 🙂  For Nigel, that is a miracle.  They slept all the way home and have barely woken since.  I really can’t wait for them to “settle” down 😦 .

For those who don’t know, Esperance is a 7.5 hour trip (700+km) south east of Perth which makes it a pretty isolated town.  The question then is, “Is it worth such a long drive?”  I think, as my photos will show, the answer is “Yes” but, maybe, once is enough.  You will see magnificent beaches and absolutely unique wetlands but … the town is no great shakes and it is a bloody long way to go to see magnificent beaches – Australia has them in abundance.   And there was a lot of wheat stubble and not much else to see along the way.

Of course, I took lots of photos.   I was going to pick out my favourite half dozen but I got carried away and chose 12.

The first photo was taken on the way there, in a small town called Borden.  Clearly, the petrol station has seen better days.  I just had to turn it into a sepia shot – it was my plan all along.  Sepia suits it perfectly.

OMG, look at that stupendous view.  We broke the trip and spent the first night at The Lily Dutch Windmill which is just north of the Stirling Ranges.  The windmill is a full size replica of a 16th century Dutch windmill.  It is a fully operational flour-producing windmill, the only one on mainland Australia.  It is an amazing sight to see it and the Stirling Ranges erupt out of the otherwise monotonous buff wheat stubble.

The astute will note the photo was taken very early in the morning which, all who know me, would think very strange as I am a night owl.  The problem is, Nigel doesn’t know that.  He wakes up at exactly 5:45 every morning.  Perfect for atmospheric shots but not much else.

This shot is of Lake Warden, one of many salt lakes around Esperance.  I thought it was more beautiful than the famous Pink Lake, which is no longer pink.  [It has lost its colour as there is not enough salt in it anymore.   The pink hue was the result of algae and archaea which flourish in salty conditions.  The disrupted connection between Pink Lake and Lake Warden (due to the construction of the South Coast Highway and a railway line as well as a long history of salt mining and land clearing) which, after heavy rain, would flush salty water in has affected the ecosystem.  That is progress for you. 😦 ]

The above photo is of some dead trees near Lake Warden.  There are dead trees everywhere in the salty environs of Esperance.  I am not sure why.  I hope it is just a natural thing and not because of “progress” or drought or both.

We saw the replica Stonehenge which I thought amazing.  Who would have thought to create such a thing and in the middle of woop woop?  It appears as the original would have looked around 1950BC. It consists of 137 locally quarried Esperance pink granite stones.  The Esperance Stonehenge aligned with the solstices in Esperance.

These two photos are of the beach at the end of Bandy Creek Harbour.  Deb and I came upon the harbour on our way back from Lucky Bay Brewery (we turned the wrong way, as I am wont to do) so the next day, Maus and I went to check it out more fully.  The harbour was beautiful.  We walked along the crystal, clear, calm waters at the entrance.  The dogs had a great time chasing seagulls and playing with some kids’ sand castle and then, at the end of the harbour, was this magnificent beach.

This is Lake Monjingup.  There is a boardwalk, walk trail and a bird hide there.  I would have liked to spend longer but, because it was a nature reserve, the dogs weren’t allowed out of the car, so we had to visit in relays.   These photos were taken on the lake’s edge.  I would love to know what variety of tree they are (they look like a Melaleuca of some sort) and how they survive in such high concentrations of salt.

Here is a photo of the beautiful West Beach where we were staying.  There are magnificent beaches galore along Twilight Beach Road.  The whole coast is out of this world. I don’t think I have ever swam in such crystal clear water. 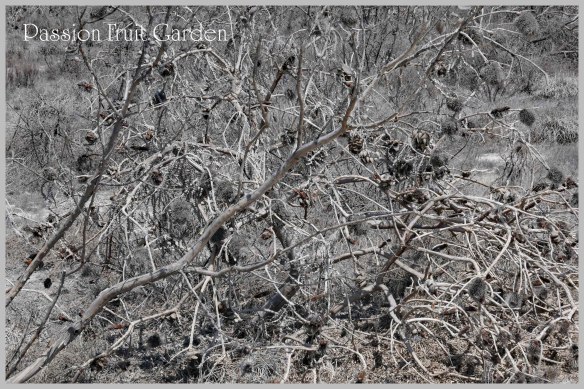 The last two photos were taken on the way to Hopetoun.  We decided to do a small detour on the way home. The above photo is of dead banksias.  I have not removed the colour from the above photo.  That is how it is!

And the last photo is of Twelve Mile Beach out of Hopetoun.  As you can see, another picture perfect beach. 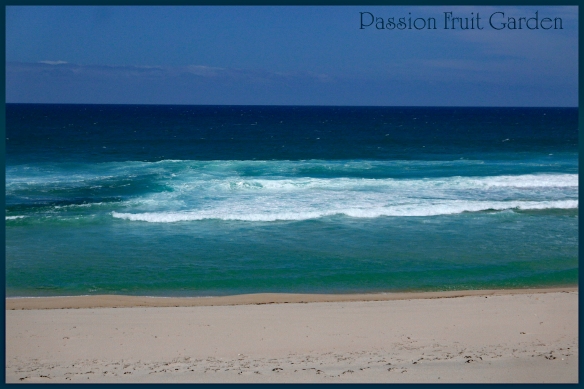 We had a fab time.  The house we rented was perfect for our purposes.  Nigel, Sophie and Henry had a ball trying to kill each other, chasing each other up and down the stairs and jumping over all the furniture.  In the time we were in Esperance, we felt like we saw all the sights close to town (Because we had the dogs, we didn’t go to the nature reserves that are further afield.). We would have liked to spend more time just relaxing at the beaches but we only had one day that was hot enough for us humans to go swimming.  Oh, well…

15 thoughts on “Our family trip to Esperance”