This one, I think, is a Chinese Wisteria, Wisteria Sinensis

Today it is all about some self-gratuitous photos of my Wisteria.  I love Wisteria.  How can you not?  But my relationship with Wisteria is complex.  They are magnificent when in flower but it is a short show and, and it is a big and, if you disturb their roots they will throw up suckers for years and years and years… 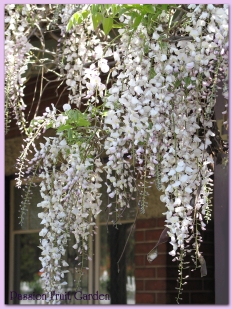 We had three in our house in Perth.  One was on the front of the house and went great guns.  I did a post on it in September 2012.  Remember this photo?  It was magnificent for many years and then … it died.  We planted another as a standard but later replaced it with roses.  We also planted one at the back of the house which did nothing at all.

For years now, all three have been producing suckers which were a bug bear to us and, now, are the bug bear of the gardener who looks after the house. 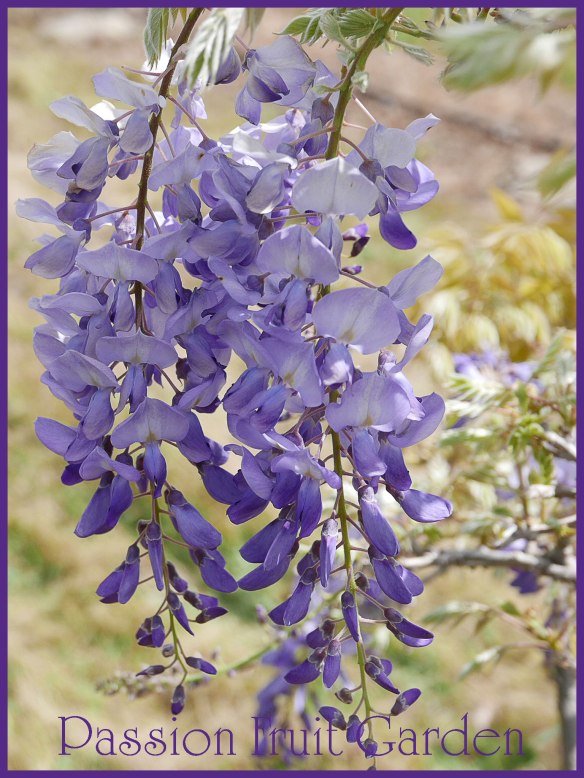 When we planned our garden in Bridgetown, one of my priorities was Wisteria.  We erected a 42 metre arbour.  I bought 14 grafted varieties and planted them along its length.  The Wisteria took off and, then, died.  I replaced some with suckers from our Perth house and my sister gave me a few suckers from her place.  Then, some of the original 14 struggled back to life.  Now I have no idea whether any of the grafted varieties still exist.  Maybe all that is growing is the root stock.

I decided, quite a few years back, that the Wisteria were not doing well because I had planted a bloody South African Box hedge (Myrsine Africana) along the length of the arbour, too.  If you want my advice, DO NOT GROW THIS PLANT.  It is shit.  For several years, we have been spraying it and painting the regrowth with blackberry poison.  I can now report it is about 90% gone.

This year, for the first time, we have a decent amount of Wisteria over the arbour.  I am sure it is because the hedge is all but gone.  I just hope they don’t die on me. 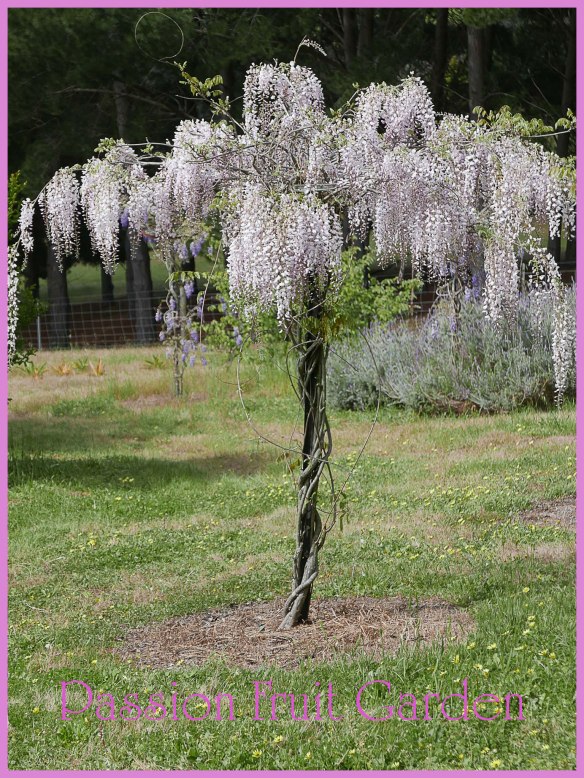 Not only did I plant Wisteria over the arbour, I also planted 26 up star pickets topped with a bicycle wheel.  The plan is that, eventually, the bicycle wheel will rust away and, by this time, the plant will be self-supporting.  It is so wonderful to, finally, see the plants doing what I planned so many years ago.

Like I said, I have no idea what varieties I have or from where they all come.  Apart from the 14 crafted varieties, most were just suckers.  This one, I think, was a sucker from a Perth plant.  Clearly, it is a Japanese Wisteria (Wisteria Floribunda) but, alas, that is all I know.  Look at the length of those racemes! 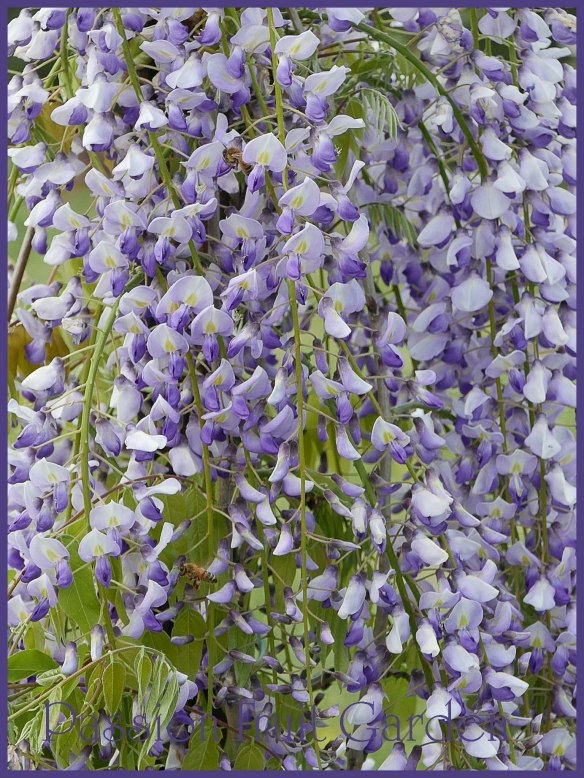 This one is slightly different to the above photo.  Notice the wee bit of yellow.

I also have a few white varieties, one of which I know is a Floribunda because my sister bought it for me.  The white ones are just starting to flower.

I am hoping next year’s show will be even better than this year.