I know this is not a travel blog but I thought I would show you some of the better shots from our recent little holiday in Tasmania.  We went for 2 weeks which was long enough to see the sites but, clearly, not long enough to see all the state has to offer.  Maus hadn’t been before so we ticked off items on the “must see” list like Port Arthur, Cradle Mountain, Strahan, Stanley, Launceston, etc. but, if we went again, we would skip these places and go on the less touristed path.

First stop was Eaglehawk Neck where you can see the absolutely amazing tessellated pavement.  It is so hard to believe that this formation is all natural.  At first, Maus thought it was an old convict building quarry where they had cut out building blocks and left their scar on the environment but, no, it is all due to tidal erosion. 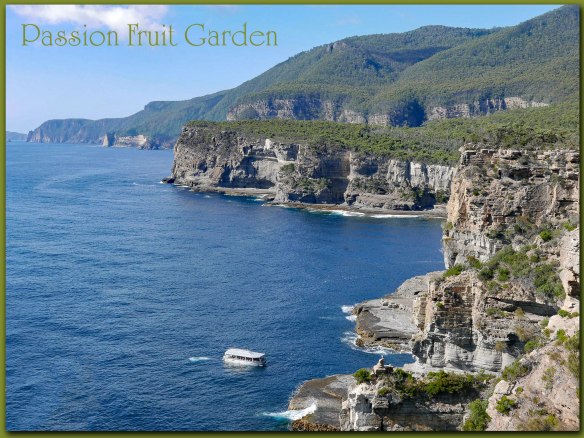 Also close by and worth a squizzy are the Tasman Blowhole (though it wasn’t blowing when we were there), Tasman Arch and Devil’s Kitchen.  This is the view from near one or other of them.

Next stop was Port Arthur which, I must say, is a bit of a tourist trap.  The entrance fee is $39.00 which includes a 45 minute tour and a short harbour cruise.  There is no option to just enter the complex and walk around on your own (There used to be.  It is what I did last time).  The tour would be informative if you are an overseas visitor but most Australians know the story of Port Arthur.  I must say the setting is absolutely breath-taking.  It is nearly worth the entrance fee to admire the view.  The short cruise is also worth it if only to get some shots of the site from the water. 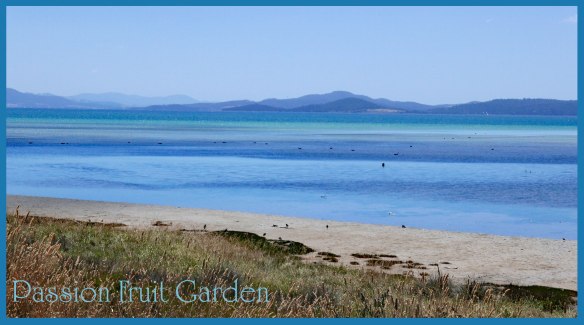 This is my favourite shot of the holiday.  We were driving on the Nubeena Road (near Koonya) from Port Arthur back to Eaglehawk Neck when I noticed these beautiful colours on the water.  We did a quick pit stop for a few photos which included this beauty.

Ok, I know everyone takes a shot of Richmond Bridge.  I only included this shot so I could talk about Tasmania’s historical towns.  It has a few and they are gorgeous but ….most seem to lack soul.  All the houses in the main street have been gentrified and converted into cafes, souvenir shops, bakeries, etc.  No one appears to live in them any more.  There are no IGAs, operational banks or post offices.  It is all a bit sad if you ask me.  Richmond, at least, still has a soul.  It is my pick of the “historic towns”.

We spent the next day at the Freycinet National Park.

First things first.  If you are going to spend a bit of time in Tassie, I recommend you get a “Holiday pass” to all the parks (including Cradle Mountain).  It lasts for two months and costs $60.  Also, I believe, there is a concession for seniors.  We didn’t do this and, consequently, we spent more than $60 on park tickets.  Remember, 40% of Tasmania is national park so you will spend a decent amount of time in them.

Freycinet is all about walking and swimming.  We did 3 short walks and saw some beautiful coastline but, really, to fully appreciate it, you would want to spend a couple of days there.  Unless you are a walker, if it is your first visit to Tassie and time is limited, I would probably skip it.

On to Launceston and Cataract Gorge.  I told Maus she had to go to Launceston to see the gorge.  It still amazes me that such a beautiful waterway flows through a city (albeit a small city).

Next photo is of Stanley and its famous Nut (which, by the way, is the core of an old volcano).  Stanley is another of those hyped up places.  We caught the cable car up to the top of the Nut because a friend had warned us that the climb was a bit strenuous.  When we arrived at the top, we walked around the perimeter.  The views are pretty good but, to be honest, this view taken a few kms out of town was better than any of the views from the top.  The main street of town is very pretty but, like a lot of touristy towns, appeared to lack soul. 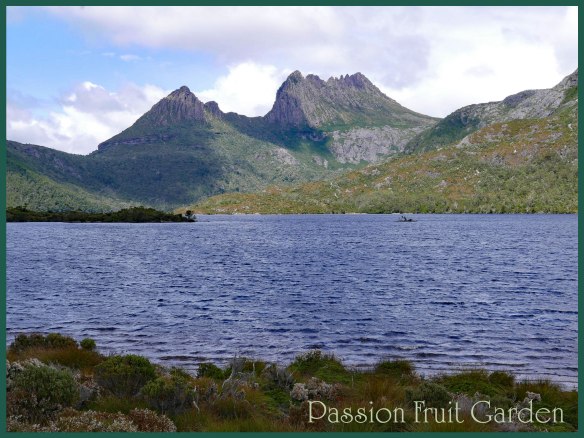 Ah, the much acclaimed Cradle Mountain.  I was very glad to see it on this day.  The previous time I went it was very cloudy and I saw nothing.  The lake in the foreground is Dove Lake.  We did the 6 kilometre walk around the lake which was very nice until about three quarters of the way, suddenly we started to rise and rise and rise and rise.  I can’t remember how many steps there were but I was buggered after them.

OK, he is way out of focus but this is a shot of a wombat in the wild and on the move. This is the first wild (live) wombat I have ever seen.  I took lots of photos of him but this is the only one I got of his face.  I am pretty proud of it.

A quintessential photograph of beautiful Strahan.

This is at Nelson Falls which is the first of the three walks you can do on the drive from Queenstown to Lake St Clair.

A photo of my first echidna in the wild.  I searched and searched for a platypus but didn’t see one.

You can’t see his face but, at least, he is in focus.  We noticed this guy crossing the road in front of us not far from Lake St Clair.  I got out of the car and followed him.  He headed for this log.  I guess he knew there were insects living in it. 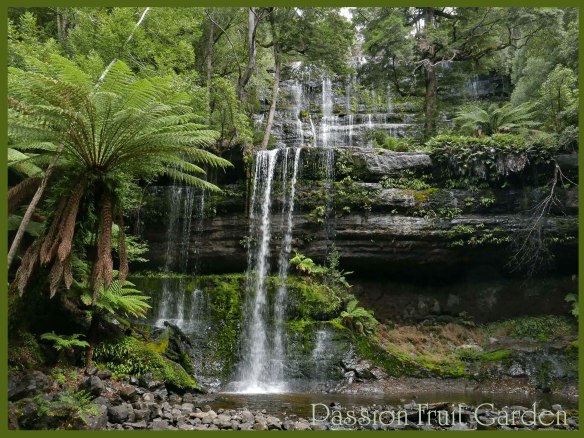 Russell Falls – what can I say?  Magnificent.

Looking at these photos makes me want to go back.  It really is a pretty place.  The only problem is: we had chicken parmigiana or fish and chips more times than was respectable.  We were well and truly over pub food by the time we came home.

On a final note: something I wish I had taken a photo of but I didn’t have my camera with me…  We were sitting in the beer garden at the Bark Mill Tavern in Swansea and we noticed that the music was coming from the back of a Kombi van, which was reverse parked with the back doors open, in the paddock over the road.  We laughed to ourselves but thought nothing more of it until about an hour later, two guys left the pub, crossed the road, jumped the fence, closed the back of the Kombi and drove off across the paddock and out of sight.  An “Augh!” came from the patrons of the pub as they realised the men had taken the music away.

17 thoughts on “Some Tasmania shots”