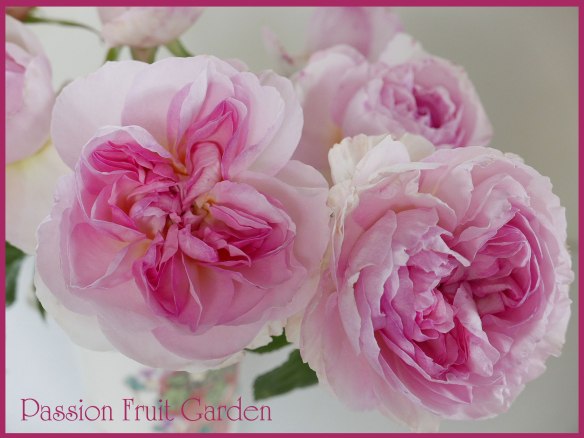 It seem like ages since I wrote a post and it is ages since I wrote one of my Rose of the Week posts.  I was very slack last year.  I dropped the ball.  I got it into my head that no one was interested in my rose posts so I lost interest in them.  This is notwithstanding every day a number (and some days a large number) of my rose photos are copied and the posts are regularly visited.

Over winter, I have been reminding myself that one of my aims in starting this blog was to create a record of all my roses.  I have barely made it past half way so, this year, I am going to make more of an effort.

As I work through my list, it will be progressively harder to get a good photo of a particular rose that I haven’t featured so they will most likely not be weekly.  It is easy to find a good specimen when you have 150 roses to choose from but not so easy as that choice diminishes.  And, logically, a rose may not have been featured to date because it doesn’t flower as freely as others or, maybe, its flowers are easily damaged or they don’t like the brutal Western Australian summer.  But, I will endure.

It is still quite early in the season in Bridgetown but my Perth garden is ablaze with pink blooms and has been for a couple of weeks. 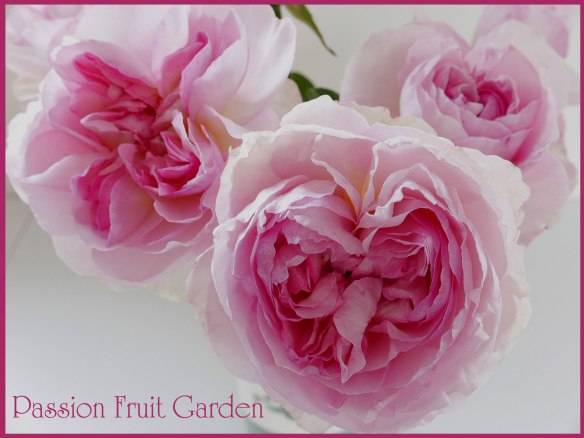 First cab off the rank this year is Sharifa Asma.

Sharifa Asma is a David Austin Rose which he has classified into the group, Old Rose Hybrids.  The Old Rose Hybrids are the original English Roses.  They are the result of crossing the early summer-flowering Old Roses with modern Hybrid Tea and Floribunda roses with the idea of combining the best characteristics of both.  In his book, The English Roses, David Austin advises that the flowers of these roses are not flamboyant but have the unassuming charm of old roses.  They usually have a rosette shape with numerous delicate, rather translucent petals.

Other roses in the Old Rose Hybrid Group that I have already featured in Rose of the Week are Mary Rose (one of Sharifa Asma’s parents), Winchester Cathedral, Redouté, Miss Alice and Prospero and I still have plenty to feature.

I was reading David Austin’s book English Rose and I came across this description of Sharifa Asma’s blooms.

They incurve in a rosette formation, soft pink in colour with a touch of gold at the base of the petals; the outside petals are paler.  Inside, the smaller petals twist attractively and there is sometimes a suggestion of a button-eye.  The whole flower has a gently translucent quality which is most appealing.

If you look at my two photographs, you would have to agree this description describes them perfectly.  I can’t think of anything to add except to say that the blooms are not especially long lived in the vase and repeat flowering is excellent.

In an early book, David Austin described Sharifa Asma’s growth as “not over strong but quite adequate“.  In a later book, he states it has an “absence of vigour“.  He, subsequently, took Sharifa Asma off his list.  My bush is doing well, although the young buds and new growth do get attacked by some beetle that appears every Spring.  I have to spray.  Also, you may need to watch out for black spot in humid climates but mildew resistance is reportedly very good.  Living in a dry climate, I don’t have these problems.

The growth is short (about a metre), upright and bushy.  It is covered to the ground with good, mid-green leaves.