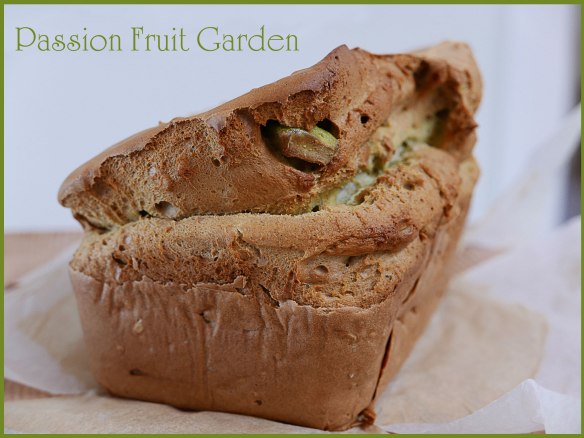 It started innocuously enough.  Maus had to go to Manjimup, 40 kilometres away, to pick up our ride-on mower and I was going to make a cake.

As anyone who has a ride-on knows, they have a lot in common with ink jet printers – both send you broke.  In one instance, it is replacement ink cartridges and in the other, ongoing repairs.  The situation has been made worse of late as the only guy in town who seemed to know what he was doing retired, so we were trying out a repair man from the next town.  Maus had arranged to borrow a trailer but, as luck would have it, it wasn’t available.  That meant we had to hire one.

I had spotted this really cool recipe in the book that came with my Vitamix.  I haven’t been reading my cookbooks as much as I used to.  As a result, I haven’t been trying many new recipes which is a bit of a problem when you have a blog.

Yesterday, with this thought in the back of my mind, when I sat down for a coffee, I picked up my Vitamix recipe book – weird choice, I agree.  Maybe I chose the book as I have a soft spot for my Vitamix.  I really love it.  I bought it just because I wanted one.  I really didn’t think I would use it that often but, as it turns out, it is used on a very regular basis – nearly every day.  I should do a post on it, but not today. Today is all about my cake – Avocado Bread 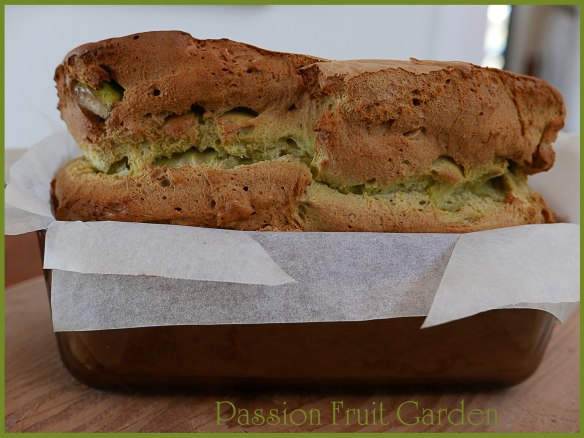 One thing we can say in its favour – it rose well.  Look at the monster!  The picture in the book looked like any other cake – not like a green slime monster.

I chose the recipe on the same basis as I choose most recipes.  I have avocados galore and it used 6 egg whites.  Followers of this blog know about my incessant egg white collection in the freezer.   Another reason why the cake appealed is, as a general rule, I like cakes that include a vegetable as an ingredient: carrot cake, zucchini cake and even beetroot cake.  But let me make it clear, I won’t be adding avocado cake to that list. 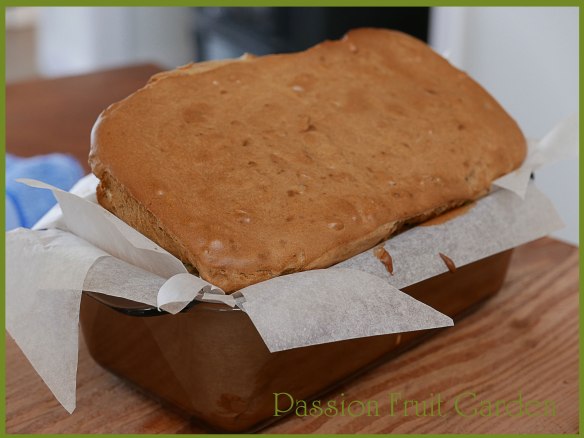 I was not too perturbed by the cake’s funny look.  OK, I had planned to do a post and, clearly, it was not going to be post-worthy but, more importantly (well, nearly as important), is food on the table and Maus and I can handle not-so-pretty cake.

But then I cut it …  It was all green and gooey inside and got more gooey and dense towards the bottom.  Being an optimist, I was still not deterred.  “Raw cake is not so bad”, I thought.  I took a big mouthful.  It was bad, very bad.  I should have taken a photo but I think I was in shock.  It was gross.  The funny thing is, I checked the cake several times.  The skewer came out clean before I took it out of the oven.

At this stage, Maus came home with the newly repaired mower.  I offered her a piece of cake but she gave it one look and asked whether she could just eat the crispy outside bits.  Normally, I would have given her a lecture about being fussy and how we shouldn’t waste the world’s resources and how we should be frugal but, to be honest, I was so surprised she was willing to give it a go, I let her slice a bit off the side.  Sadly,   in my heart of hearts, I knew she wouldn’t get far with her slice. 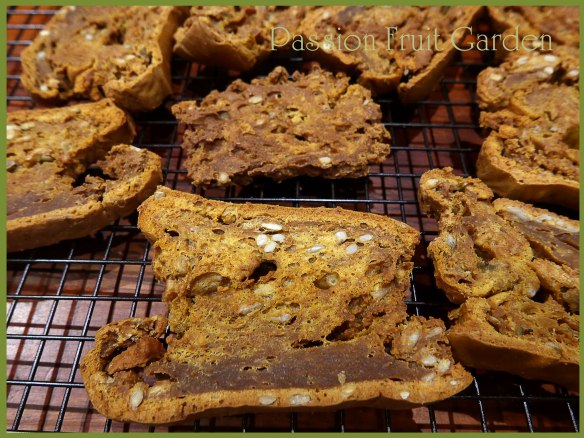 Celia from Fig Fam and Lime Cordial often gives tips on how to be frugal.  She dries out left over bits of bread and cake and makes other things with it so I decided I would dry out my cake.   Well, this is how my cake looked after another one and a half hours in the oven.  The green turned a nice golden colour but the soggy brown bit on the bottom went a dark brown colour.  It still tastes the same, only now it is crunchy and horrid.

Just for contrast, I found this post using exactly the same recipe.  Look how beautiful her cake looks.

The bad day was not over.  After I had cleaned up the mess I made, I did some weeding and then decided to do some mowing.  The mower had been in the repair shop for a week and, with all the rain we have been having, the grass was growing like crazy.  I was not on the bloody thing long when a belt (the very belt that the repair man had just replaced) came off and got mangled to bits.

Oh, well.  It was time to sit in front of the fire and have one or two glasses of wine and ponder the meaning of life.