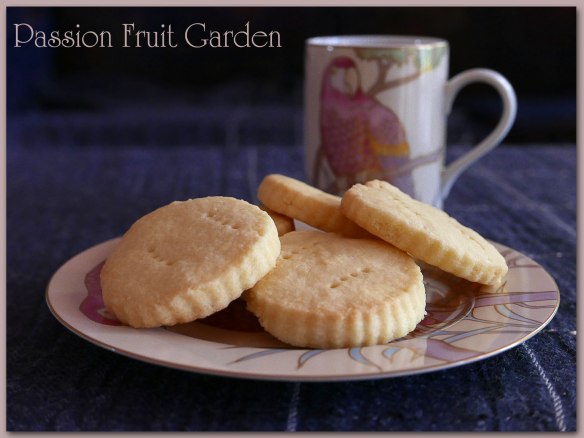 When I was a kid, we only had shortbread at Christmas.  Mum made shortbread, melting moments, White Christmas and rum balls once a year and we thought they were the bee’s knees.  She would make them well before Christmas but we weren’t allowed to eat them unless we had guests and only then if it was a “Christmas visit”.

I remember one Christmas Eve, dad invited his friend, Clarry, from work (I am guessing Clarence but dad always called him Clarry) and his wife (I don’t remember her name) for drinks.  I suppose the men had a beer and the women had sherry but some time during the evening, out came the biscuits.  OMG, I was so excited.  There were Christmas biscuits, presents under the tree and the only lights were Christmas lights.  It was magical.  Mum handed out the biscuits and she didn’t seem to mind how many I took.  I couldn’t believe it.  I can still remember looking at her, quizzically, and realising, because there were guests, I could eat as many as I liked.

I remember when we only had chicken at Christmas and what a treat it was.  And then some idiots decided it would be good for the masses to be able to buy cage-reared, hormone-fed, miserable chickens, cheaply.

And I remember when cashews and burnt sugared almonds were Christmas delicacies only seen once a year.

A lot has changed since then.  OK, our standard of living has improved, and I don’t for one second regret that, but when kids can have whatever they want whenever they want, some of the magic of Christmas must have disappeared.

We have turkey at Christmas, even if it is just Maus and me.  We don’t have turkey any other time of year so as to keep it special.

Back to shortbread.  It has only been in the last couple of years that I have been making shortbread at any time but Christmas.  My determination to keep shortbread for Christmas disappeared when I bought my Magimix  (which, BTW, I actively dislike.  I am not sure if I got a dud but it has never been much good since the first day I bought it.  That is the trouble with buying things on-line.  It is not so easy to return them.) 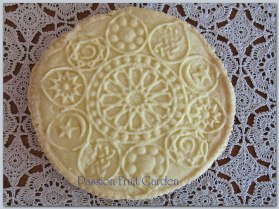 Anyway, there is a shortbread recipe in the cookbook that came with the Magimix.  I made it and it wasn’t Christmas.

The recipe was dead easy to make and tasted yum so I made it again and that was the end of my resolve only to make shortbread at Christmas time.

I have made the recipe quite a few times since.

These photos are from the first time I made it.   I pressed the dough into a bread stamp.  I was amazed how they held their definition.  I didn’t refrigerate the dough or do anything special.

This time I patted the dough to about 1 cm thick and cut them with a small scone cutter.  I do have some wonderful shortbread moulds (in Bridgetown) but I am, you guessed it, in Perth!

The recipe says to press the dough into a Swiss roll tin.  Whatever way you decide to go, you will have some great biscuits from very little effort.