There is nothing better than home made biscuits and this recipe is a beauty.

The recipe comes from Merle Parrish’s book, Merle’s Kitchen.  I must say I was pleasantly surprised as to how good they are.  I was attracted to the recipe because I had just made some passionfruit jam and thought, “because it is quite tangy, it would work well on buttery biscuit”.  How right I was.  It is perfect.  I have made this recipe twice in the last week and, each time, I doubled the recipe!

In the preamble to this recipe, Merle advises that jam drops are always popular with kids because they love to lick the jam from the middle before eating the biscuits.  I can vouch they are also popular with big kids, too … although I haven’t seen any licking the jam. 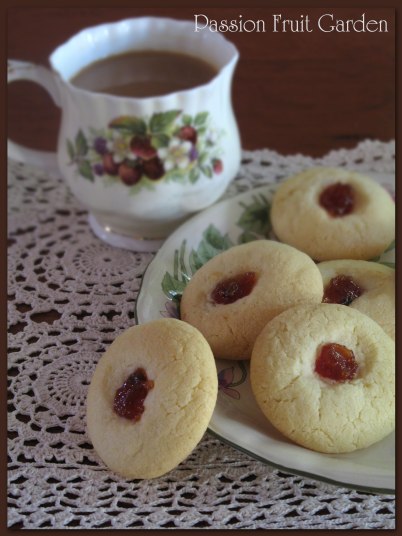