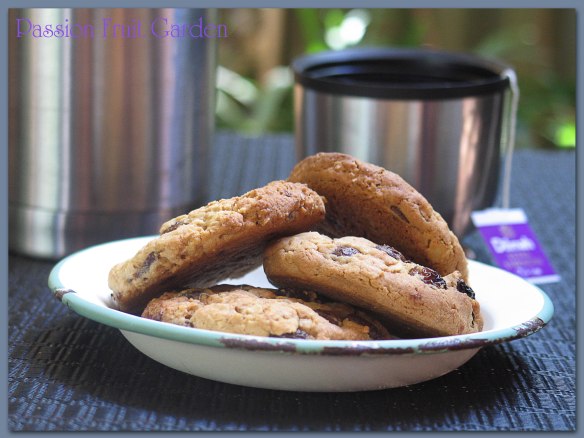 I just seem to have more than the average person…  and bad habits, but we won’t go into them.

Back to my idiosyncrasies, it is a much safer topic.  I don’t like to have too much food in the freezer or pantry or too many knickers or t-shirts in my drawers (too many cookbooks is just fine, as is too many kitchen gadgets).  If I think I have too much or too many of something, I get stressed.  I have been particularly stressed since I started growing tomatoes … I certainly have too many preserved tomatoes in the pantry. 🙂

I don’t know why it stresses me.  I hope it is because I don’t want to have too much when others (most in this world) have too little but I am guessing it is more deep-seated than that.

I think it has something to do with the fact that I also don’t like throwing out food.  It is great now that people are becoming more aware that the earth has limited resources so I can argue my idiosyncrasy is based on the fact that resources went into growing/producing that food and, therefore, the food should be used wisely.  But my idiosyncrasy was around long before people were worried about the earth’s limited resources.

Having three dogs has really aided this idiosyncrasy.  If there is excess of any fruit or vegetable in the fridge or freezer, it goes into a big pot of food I cook up for the dogs each fortnight.  Today, the pot included pumpkin, sweet potato, carrots, cucumbers, lettuce, zucchini, beetroot, beans, parsley and half a jar of nectarine chutney (that wasn’t a great success), along with the usual protein and carbohydrates.

But there is one thing the dogs don’t abide – marmalade. 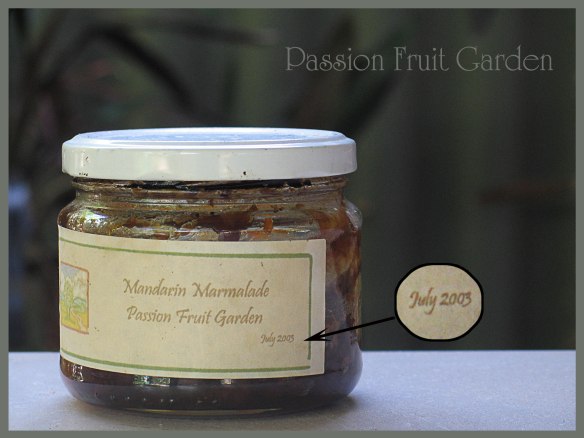 I made this mediocre mandarin marmalade in 2003 (yes, that was 2003), and still it goes on.  I think after the first taste I determined that it wasn’t the best marmalade I had tasted so the first jar languished in the pantry for an inordinate amount of time.  Eventually, I started looking for recipes that had marmalade in them to use it up.  That was 12 years ago and still the jars of marmalade linger. 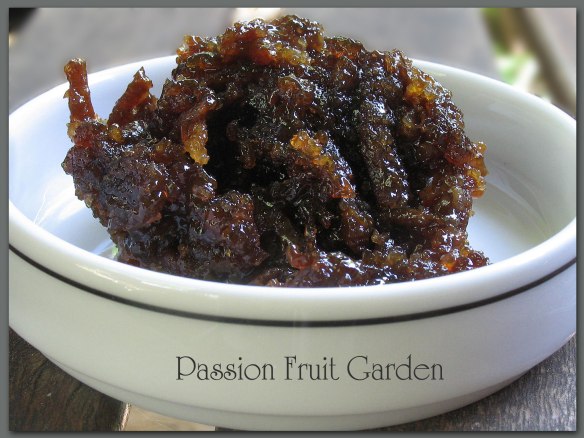 It is nearly solid, brown and all crystalised.  But still I won’t throw it out.  Resources went into growing those mandarins and making that marmalade and I intend to respect them.  🙂  One of my favourite marmalade recipes is lunch box cookies from the Australian Women’s Weekly Cookbook (1979 edition) on which I wrote a post in April, 2013.  Just last week, a reader, Lesley, left a comment, thanking me for the recipe and telling me that it has been her favourite biscuit recipe for 40 years.

That reminded me why I had made the recipe in the first place – to use up some mandarin marmalade.  I was on a mission.  Not long after I read Lesley’s comment, a batch was in the oven.  And then the first thing I did when we arrived back in Perth was make another batch.  I explained to Maus the reason for the abundance of lunch-box cookies.  She was not perturbed.

The marmalade is absolutely fine in biscuits.  I either put it in the microwave to melt the sugar crystals before I add it to the biscuit mixture or I add it to the creamed butter and sugar and continue beating until all the sugar is dissolved.  Apart from the obvious benefit of using up the marmalade, the biscuits are very good.  I have been replacing the cup of raisins with ½ a cup of choc chips and ½ a cup of sultanas.  I think I will stay with that amendment.

After 12 years, I am down to 1½ jars of mandarin marmalade.  For 12 years, I haven’t bought a jar nor made another batch of marmalade.  I have another rule: I can’t buy something when I already have some in the pantry.  Luckily, over the years, friends and family members have given us several jars of nice marmalades so we haven’t been starved of it.

Next year, the mandarin marmalade may be all gone. I may even make another batch of marmalade.  If I do, it should last me for the next decade.

30 thoughts on “We all have our idiosyncrasies …”