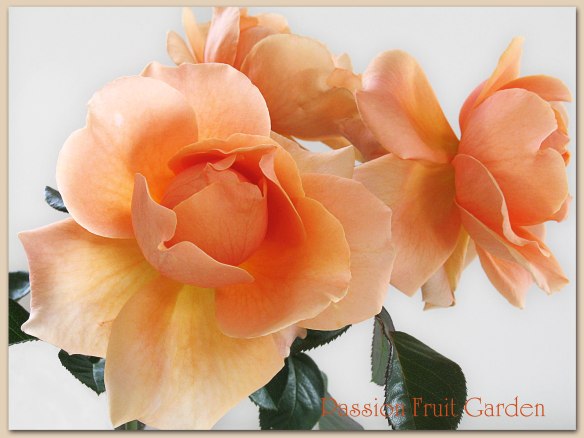 Fiona Stanley is a beauty.  I love the way her unfurling petals look as if they have taken flight. She is also very photogenic.  I had so many photos of Fiona Stanley, I couldn’t decide which ones to include in this post.

Fiona Stanley has extremely large, apricot, ruffled, loosely-double flowers.  They are described as having slight fragrance but this is one instance where I think the promotional material is a bit unfair.  These blooms have a lovely strong perfume. The blooms last well in the vase.

Fiona Stanley has glossy green foliage on a strong, vigorous bush which grows to about 1.5 metres tall and 0.9 metres wide. 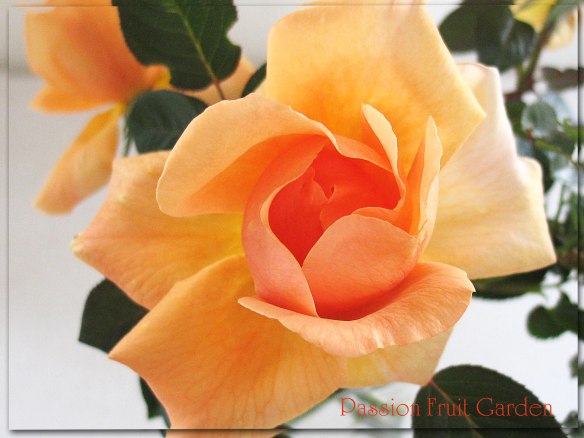 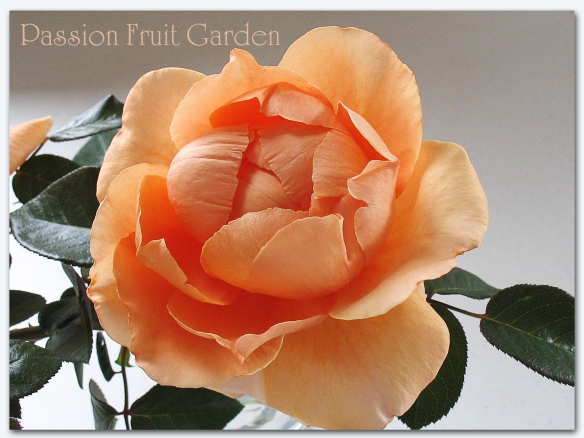 Professor Fiona Stanley is the director of the Telethon Institute for Child Health Research, Perth (my home town).  The Institute is recognised internationally for its research into childhood illness and disease, including asthma, leukaemia, mental health, birth defects and Aboriginal health.