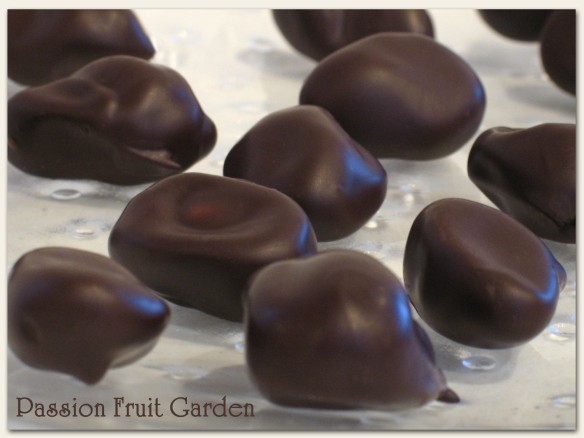 I am not sure whether I am addicted to this chocolate tempering business or not.  One indication that I’m not is that I haven’t gone out and bought way too many chocolate moulds, the type of thing I would normally do when I am going through a new phase.  I have checked out a few websites, though …

I have read just about every hit on Google on tempering chocolate and read every reference to it in my significant collection of cookbooks yet haven’t been able to find an answer to a question I have.

My problem is:  each explanation on tempering chocolate will give you one of two techniques, ignoring for the moment how you melt your chocolate and how you cool down your chocolate. But they don’t tell you why there are two methods.

The second technique is heat the chocolate to 48°C and then cool it to 31°C.

The sharp ones out there will notice that the second technique is so much easier than the first.  I reduced the temperature to 26°C when making these chocolates and it was a pain in the arse.  A significant amount of the chocolate solidified.  Then, when I reheated the chocolate, it reached 31°C before all the solidified chocolate had re-melted. The previous time, when I just reduced the temperature to 31°C, was so much easier.

I liked the theory but, alas, the first site I checked added seed chocolate and reduced the temp down to 26°C.

If you know why there are two techniques and the logic behind them or know of a good book on the subject, please, let me know.  I would really appreciate it. 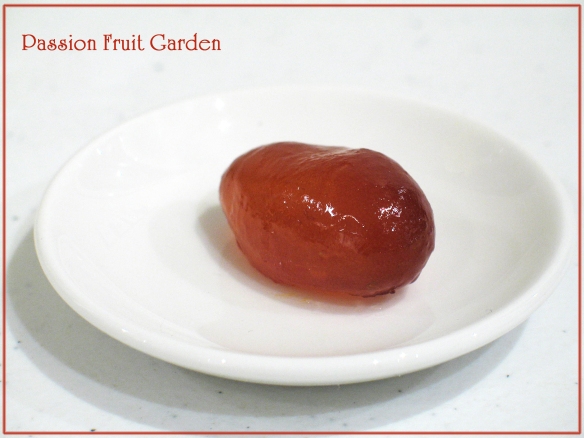 Anyway, here are some photos of my beautiful chocolates.  I coated the glacéd cumquats that I did last March.  Remember them? 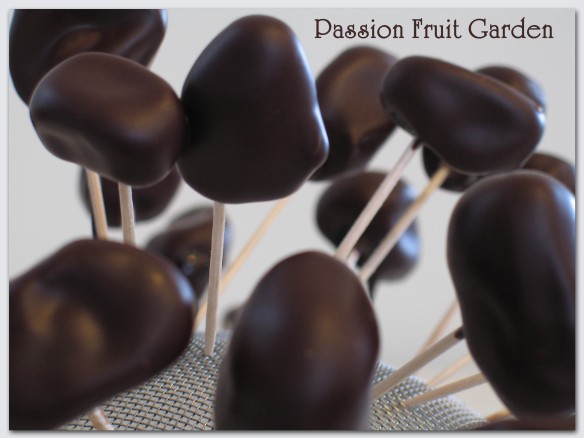 I saw this idea on the web.  You stick a tooth pick into one end of what you are dipping, dip it into the chocolate and then you stick it into a sieve to set.  It worked wonderfully for one sieve which was quite coarse but didn’t work at all with the finer sieve because we couldn’t get the toothpicks in deep enough for them to stand up. 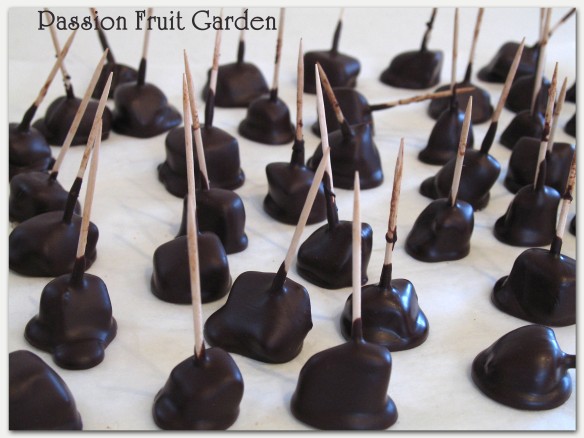 Whilst I was at it, I dipped some glacéd ginger left over from last Christmas.  Absolutely yum. 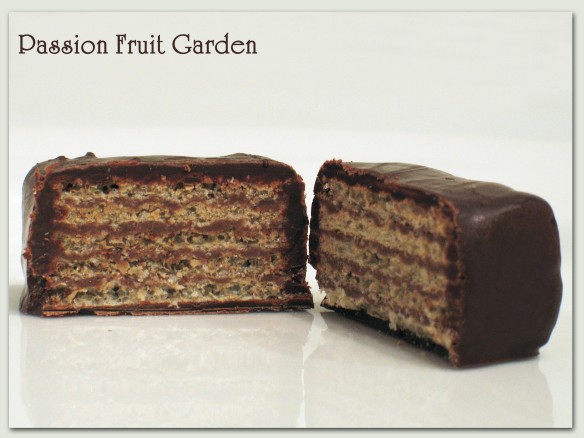 The last photo is of some wafers I decided to coat.  They are about 2.5 cm square and hazelnut flavoured.  They worked out perfectly (much nicer than a KitKat) but, by this stage, the chocolate was getting a bit cool and they are not as shiny as the cumquats and ginger.

14 thoughts on “My Life as a Chocolatier”