McLeod’s Daughters blooms are quite specky.   They are creamy, apricot double blooms, tinged with a coppery reverse. The mature flower is cup-shaped and has an old world charm that I find appealing.  It also has a pleasant, mild fragrance.

The bush is reportedly hardy, disease tolerant and well-clothed with light to mid green glossy foliage but, to be honest, mine is a little spindly, had black spot in spring and  quite sparse foliage.  I have noticed though, now it is getting hotter and drier, the black spot has disappeared and there is a flush of new leaves.

It reportedly grows to 1.5m tall and 0.9m wide.  Mine is nowhere near that size, more like 60cms each way. 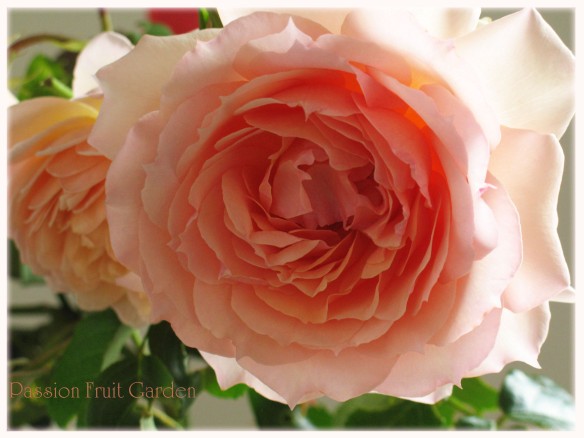 According to the label attached to McLeod’s Daughters:  The rose is a collaboration between the show’s producers and Gawler Health Foundation to support the local community through the Gawler Health Service.

McLeod’s Daughters was released in 2007 by Meilland.