I love the soft, delicate, pink colour of its blooms and the fact that they are borne on a large rambling plant that is as tough as nails.  I don’t love the long thorny canes that catch you as you walk past, though.

New Dawn ranks among the most popular roses grown today and I can understand why; it certainly has a lot going for it.

It flowers very profusely in spring and then repeats throughout summer and autumn. The flowers have a lovely scent and are semi-double.  They are borne in clusters on stems long enough for cutting and the flowers last remarkably well in a vase.  I kept this bunch in a vase for nearly a week and that included the 3 hour car trip to Perth.

New Dawn has been described as one of the best climbers due to its quick and abundant repeat-flowering.

New Dawn is a very vigorous climbing bush that throws out long arching canes. Its foliage is dark green and glossy and it is disease free.  It needs little pruning but I find it does need tying back to the fence, or support it is supposed to be growing against, otherwise it could become unruly.  I wouldn’t plant it on a walkway or in a narrow,  confined space.  It can easily climb to 6 metres and its canes are extremely prickly.  New Dawn is reportedly excellent as a weeping standard because of its long trailing growth. 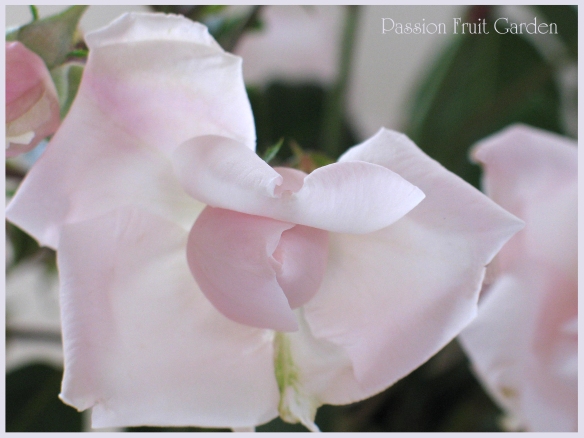 New Dawn is a climbing Hybrid Tea rose.  Sally Allison, in her book, Climbing & Rambling Roses, notes that there would be no other rose involved more in the breeding of modern climbing and rambling roses.