Are these beautiful field mushrooms I found on our block.

There is a funny story associated with these mushrooms – well, funny and tragic.  Sadly, the day we had them for dinner, we heard of the death of a young man who had done some work for us.  He died, unexpectedly, in his sleep.  His wife was away at the time and he was found by his young children.  His death, obviously, played on my mind.

Back to the field mushrooms…   Maus was very reluctant to eat them.  “Are you sure they are not poisonous?”, she queried, about twenty-five times.  “How do you know?” she asked, when I told her they were the same field mushrooms you see in the vegie shops every day. Anyway, after much reassurance, she agreed to eat them.  We had a wonderful mixed grill for dinner and survived to tell the story. 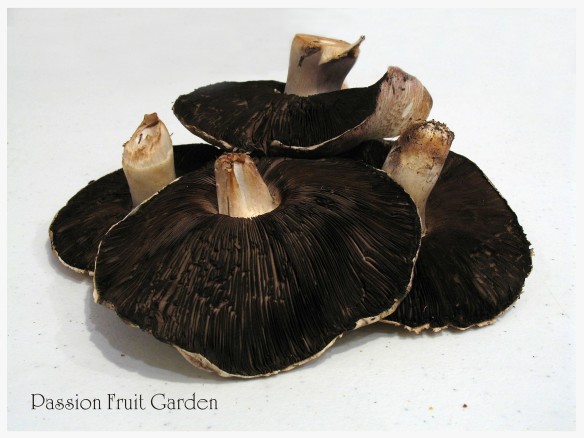 The next day, Maus went back to Perth and I stayed on in the country.  “I will have those left over mushrooms,” I thought.  “It will save me having to put up with Maus and her neurosis, again.”  I had a lovely dinner and went to bed, alone.  In the middle of the night, I woke up feeling, decidedly, unwell and all panicky about dying in the house alone.  “OMG, it is those mushrooms”, I thought, as I tried to wake myself up.  ‘Death by field mushrooms!!!’  I smiled at my own wit, notwithstanding I was 75% asleep.  I think I had a bug.

Are these absolutely gorgeous individual paté dishes I bought in Paris years ago.  I just love them.  I bought them from  E. Dehillerin, 18-20 Rue Coquillière, Paris (Metro Les Halles).  It is the most wonderful shop in the whole wide world.  It has the most amazing display of professional quality cookware I have ever seen.

There is copper cookware galore.  There are sauté pans, sauciers, stew pots, double boilers, roasting pans, turbot kettles, bowls for whipping egg whites, and lots, lots more. There are all sorts of other tools, too.  The shop has been there since 1820.

Is my rolling-pin.  In 2008, Maggie’s Kitchen was published.  I think I bought it the day it hit the shops.  On page 15 of the book is a picture of Maggie rolling some pastry with a magnificent rolling-pin.  I wanted one.  I put it on my Christmas list that year and Maus came good.  She bought me a Vic Firth rock maple rolling-pin, just like Maggie’s.  It has stainless steel ball bearings.  If you are getting old or have arthritis (I believe Maggie does), get yourself one.

Here is a shot of my rolling pin in action.

Are some biscuits I made recently.  I used this recipe but substituted the currants with dried citrus peel and the vanilla with half a teaspoon of Fiori di Sicilia which I bought ages ago from Bakery Bits.

I bought this essence, an essence specifically for pannetone and pannetone cases, after reading a post by Joanna, from Zeb Bakes.  This is the first time I have used any of what I bought.  I am going to try to make a pannetone this Christmas.

You will note that the aforesaid Disco Crisps cost me $1.85.  That is, notwithstanding this note on the back of the pack:  Free sample not for sale.  We, obviously, have a budding entrepreneur in Perth. 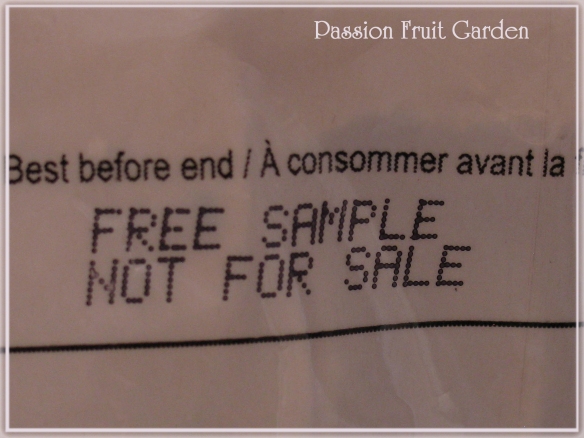 and by special request from Celia, is this plate of which I know absolutely nothing except that it was a gift from an old friend, Sheryl Foot (with whom I have since lost contact).  Sheryl, and her then husband, John, went on one of those truck trips through Africa and the Middle East and gave me this lovely plate on their return. The plate has no markings on the back and I have no idea where they bought it.   Sheryl, if you are ever Googling your name and come across this post, please, leave a comment and tell us about the plate. I am curious now.  I use it all the time because it is very flat (although, not perfectly) and, therefore, good to serve cakes and pies on. 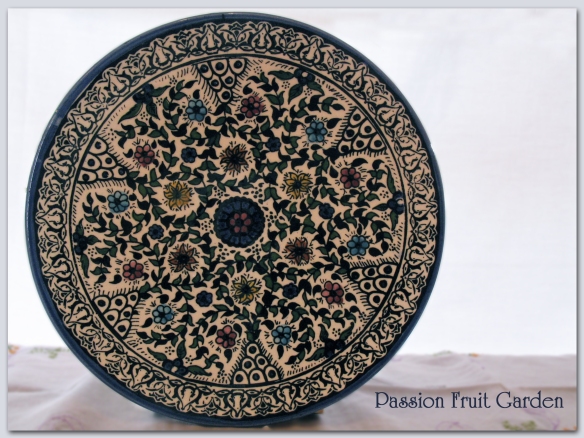 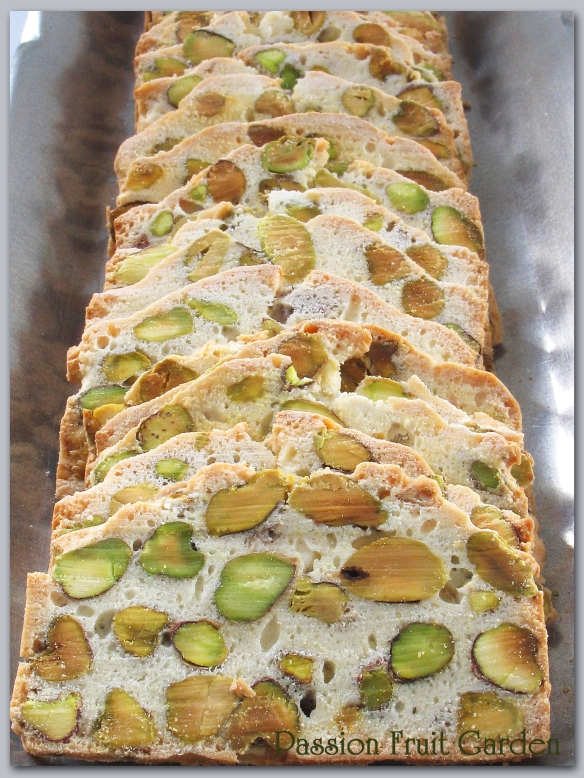 Is this lovely bowl of cumquats.  In my last IMK post, I mentioned that I was going to visit my neighbour, Renate, as her cumquat tree was laden.  A day or two later, and before my visit, I had a telephone call from Renate offering cumquats.  Jackpot! 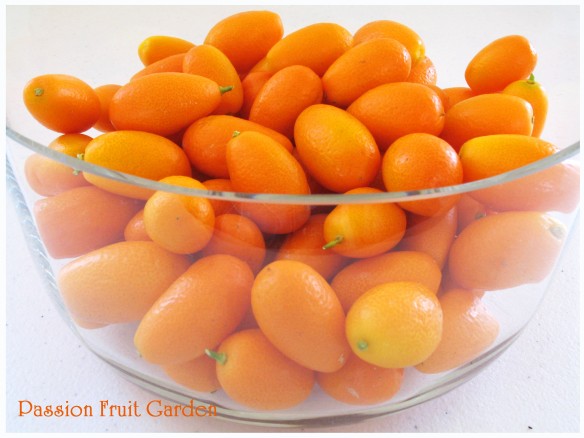 Is some vanilla syrup I made using two of my 122 vanilla beans I bought on my Sydney trip.  I stir the syrup into our homemade yoghurt.  Vanilla yoghurt is our favourite.  I think I have about 115 vanilla beans left.