Are a thousand Rangpur Limes.  ‘What?’ I hear you saying.  That is exactly what I said when Steve told me that the fruit I had been telling people for years and years and years were Tahitian Limes, were no such thing.  He boldly suggested that my tree had been mislabelled.

People have been telling me that my ‘Tahitian Limes’ look like mandarins for as long as I remember.  I would hear them out and then explain: ‘That may be the case, but these are Tahitian Limes.’ 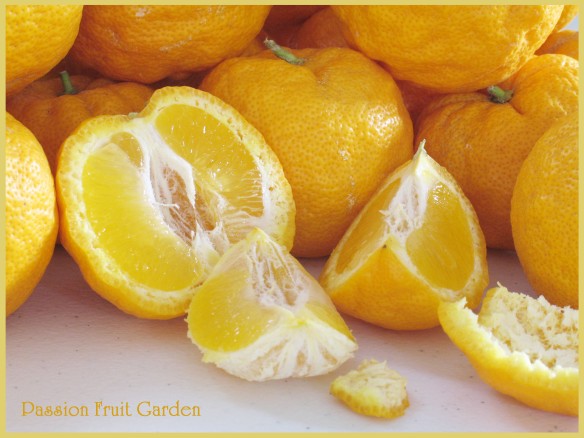 Well, family, friends and work colleagues and anyone else to whom I have ever given these fruit in the past 10 years, when I looked up images of Tahitian Limes on the ‘Net, not one image looked like my fruit.

I kept searching and, finally, found something that looked exactly like my fruit.  I found image after image after image.  They are Rangpur Limes which are not even real limes but a mandarin lemon cross.

The Rangpur lime, said to have originated in the Indian subcontinent, has nothing to do with limes. It’s bright orange, about the size of a clementine and a cross between a lemon and mandarin, making it easily peeled and segmented. The juice is extremely sour, like a lemon’s, but with a deeply floral, honeysuckle aroma.

I can’t think of what to do with so much citrus so I think these are headed for the compost heap.

Are these beautiful, perfectly hemispheric, pudding moulds.  I bought them from Chef’s Warehouse on my trip to Sydney.  They were not cheap but they are gorgeous.  I could just imagine some lovely, wobbly dessert in them.  I am not sure what they are supposed to be used for.  No doubt, I will think of something. 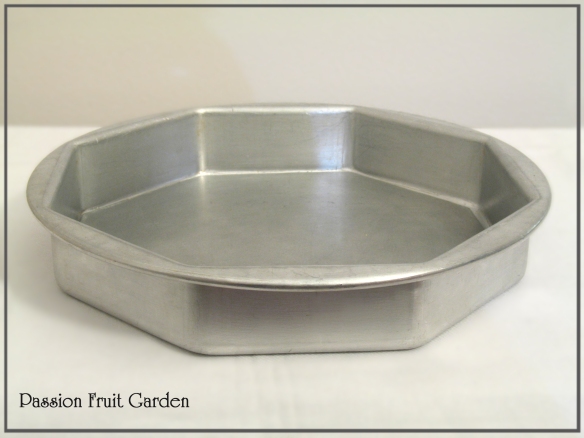 Is my octagonal pie dish in which I made my recently posted lemon meringue pie .  I bought it from the Op Shop for $1 or $2.  The first time I made lemon meringue pie in it, it was very hard to remove the pie.  Steve and Al were here and Al suggested we cut the bottom out.  That is exactly what Maus later did and then replaced the bottom with some zinc alume we had lying around from the house build. 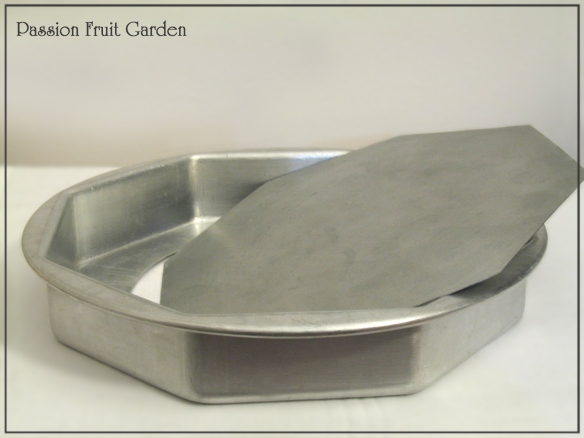 Are these herb snippers that Colette gave me.  Her mum saw them at a boot market and bought them for $2.  I have never seen anything like them in any kitchen shop.

They really work. This is a picture of Maus snipping parsley.  They are as sharp as hell; I have a cut on my finger to prove it.  The bowl is another Sydney purchase.  We bought it from Turkuaz Motif, in Crows Nest, after Celia (figjamandlimecordial) did a post on the shop. 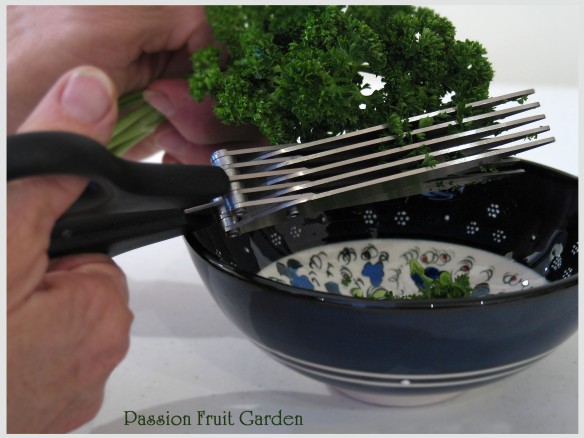 Is our new garlic twister.  Maus bought it at Peter’s of Kensington.  When she picked it up, I rolled my eyes.  ‘Don’t we have enough garlic crushers?’  I thought.  But this one is a cut above the rest.  The reason?  It is easy to clean.

Once you have removed the garlic, you can put a bit of water into the twister and it will loosen any sticky bits.  If your recipe can handle a bit of water, add it to the pan.  Otherwise, just rinse the twister under the tap.

Are two recently-picked avocados.  The one on the left is a Feurte and the other is a Rincon.  I never know when to pick avocados because you pick them green.  The trouble is that if you pick them too early, they don’t ripen.  If you have picked them at the right time, they will be ready to eat in 10 days.

The other day, we were driving back from Manjimup and I saw a sign, “Avocados for Sale”.  I picked these two within 10 minutes of getting home.  The trick now is to pick one or two every few days so we don’t have a glut.

Is this nifty Grip-ez Corn Cutter I received as a birthday present from my sister earlier this year.  She bought it from The Redback Trading Company.  It really works.  It takes whole rows of corn kernels off in one strip.

Was this lovely bowl of hazelnut shells.

I say ‘shells’ wisely, because the photo below represents the net result of that whole bowl – 4 hazelnut kernels.  The rest of the nuts were empty.  I don’t know why.  I have 5 bushes, each a different type, so there should be enough variety for some hanky panky to happen but, alas, that does not appear to be the case.

Are the three jars of produce I bought at a charity stall.  I attended a family get-together where they had a stall to raise money for charity.  Family members donated their handiwork and produce. I bought a jar of tomato relish and a jar of zucchini relish.  I also bought a jar of cauliflower pickles, made by my 81 year-old aunt, Laura. 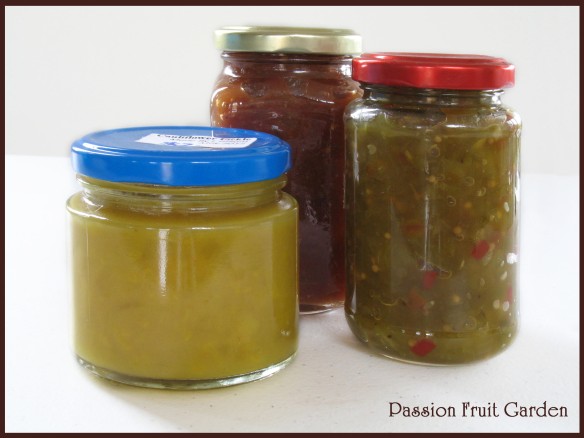